It's been a while since I last updated. The are several reasons but mostly it's just down to my lazyness!

That said there's not been a great deal to report really, the weather continued good, the scenery the same. We arrived in Banbury to a prearranged layup in Sovereign Wharf for a few days for a return trip home, before returning home however we set off to see what Banbury had to offer.

Mr Google had advised us that a Thai restaurant by the name of Siam House was worthy of a visit so not one to miss out on a Thain curry off we went! An unassuming entrance to a small restaurant belied what was to come. Probably the best Thai we've eaten, so much so that after our 7 days sojourn home we paid a return visit.

So what is it with this Turkish Barber thing? They're like, everywhere suddenly. Adjacent to the canal is a shopping centre which has effectively isolated Tooley's boat yard which somehow manages to just survive despite no vehicular access. However, being seriously in need of a tonsorial reduction procedure I hauled up into one such establishment. Once we'd got over him expecting me to know what tools he should use for the job, No 3 or is it 4? Scissors maybe?   I have to admit that it was probably the best haircut I've ever had, might even pop back in for a trim on the return trip especially as he failed to give me Senior Citizen discount (obviously my youthfull looks).

In preparation for our trip to Limehouse we need to stash the car for six weeks I needed a safe parking spot. Yourparkingspace.co.uk rent private parking spaces out. So for £40/m I parked up - just hope it's still there when I get back. 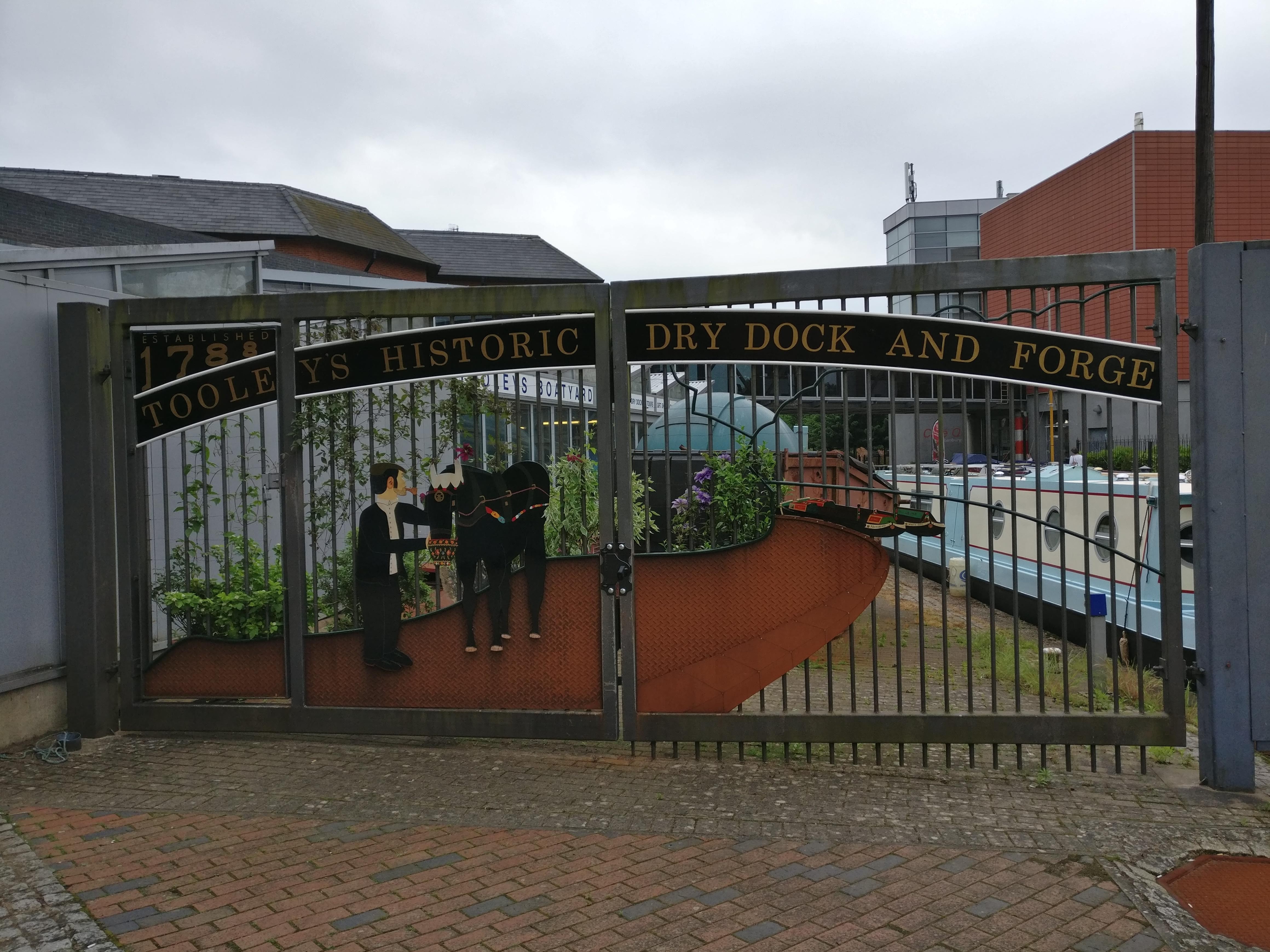 With home visits over we finally say goodbye to Banbury and cast off con destino London for a six week stint at the helm.  The Oxford canal, for the most part, is extremely enjoyable, though do be aware that the occasional bridge can clear your roof storage into the cut or decapitate your chimney (one fellow boater claimed to have lost three so far, clearly a slow learner!); the simple arch design of the bridges severely limits height on the offsite traditionally the favoured side for chimmneys on narrowboats. As you wander through the lovely countryside the river Cherwell is your constant companion, never far from you side and occasionally joining you for company before again sneaking off to watch you through the bushes as you continue your journey ever southward occasionally rushing in from the side to sweep you off course if you are inattentive.  Lift bridges are quaint here for those of us familiar with the same on the Leeds Liverpool insofar as they are carefully balanced requiring unlocking (BW key) and lifting by brute strength to open, several stones of human flesh attached to the hanging chain reverses the process, fortunately many are simply left open. 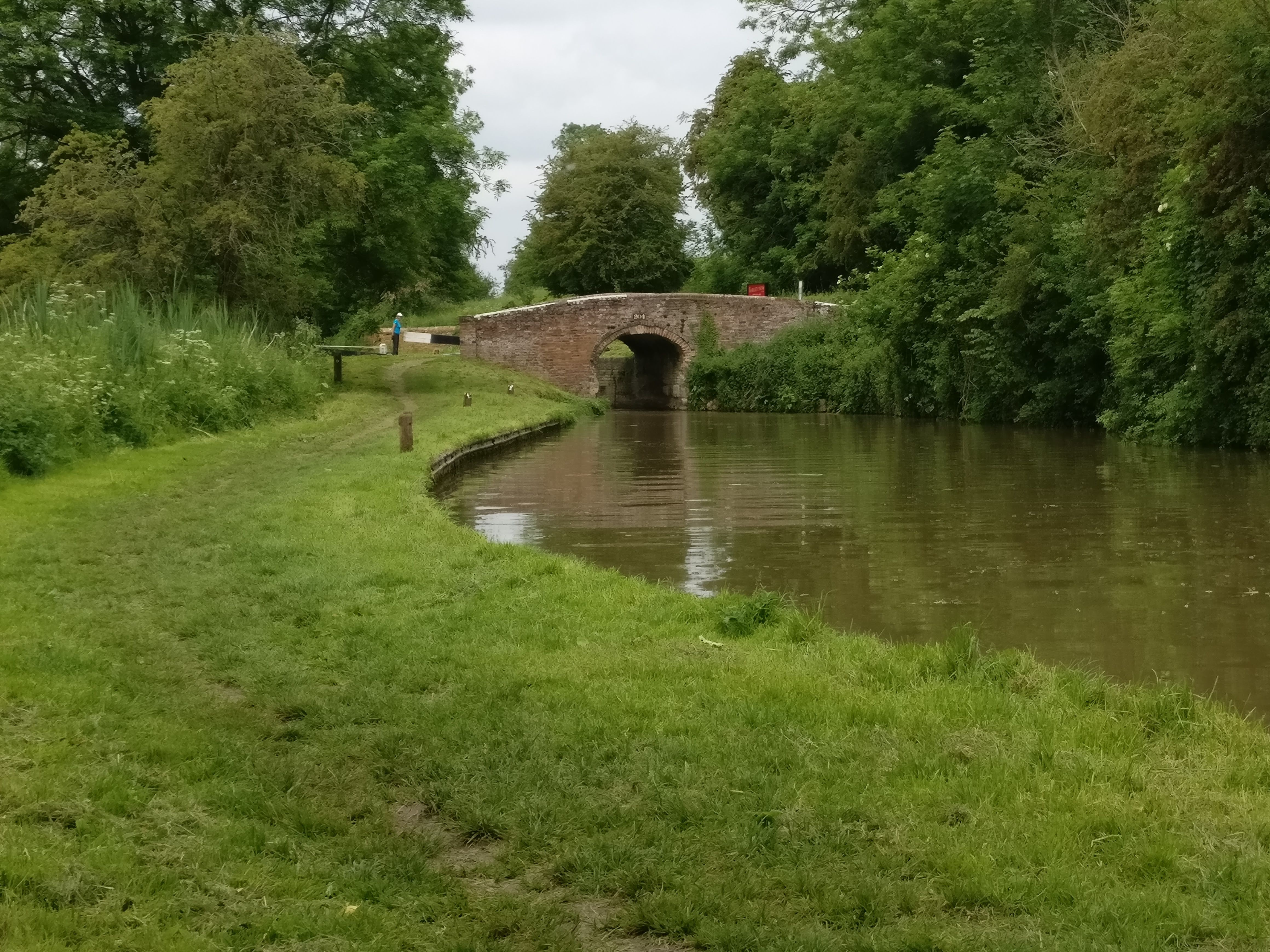 Be aware if you moor near Thrupp, Shipton on Churwell to be specific, on a Friday. The hire boat crews are newly ordained and low on skill at this point, the locals call it hire boat Friday. The navigation is narrow and shallow so any speeding boats will have your pins out faster than you can say 'Does it go any faster?'. Better mooring, if available, is just after the sanitary staion and its associated lift bridge, seven days can be had for free in this very pleasant spot next The Boat inn with its 'Morse' connections as film location. 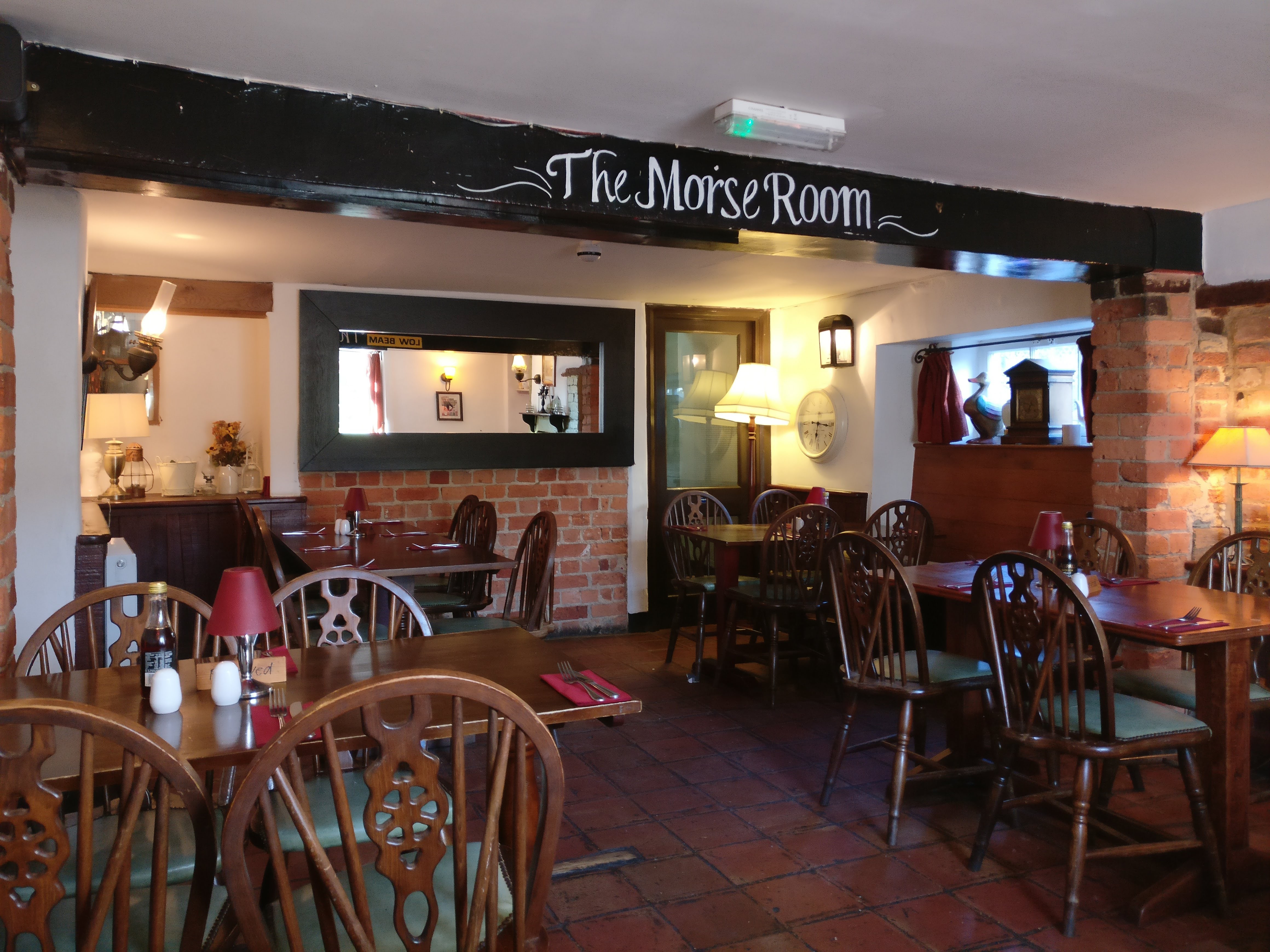 Regretably I'm afraid things take a downward turn from here to Oxford, moorings are overgrown and infrequent. There has been much controversy in Oxford when BW as was sold the old wharf for development (still not even started 10 years on) and forcibly evicted resident boaters leading to something called schedule 21 moorings where residential boaters retain certain priviledges but as far as the rest of us are concerned its 'No Mooring'. Much of the rest of the towing path is designated as a 'Conservation Area'. I challeneged CRT regarding this and apparantly it is meant to protect habitat for water voles (who don't pay a license fee) but should be maintained, however nettles prevail - bring your garden shears to Oxford is my advice!. The offside is often overgrown and what few moorings there are, (48h Br 240 next to excellent deli is the best of a bad bunch) are overgrown. If you only wish to spend a short time in Oxford you can more just before Isis lock (48h) or make use of the EA mooring just onto the river through Isis lock (24h free then £5/day up to 3 days in total), the mooring is a little challemging to get onto as even under normal conditions the river is a bit fast here and the mooring is just after a weir. If you miss it at the first go you can go a liitle farther down, through the lock, wind and come back up against the current thus making the whole job much easier. Visit the Thamses Visitor Moorings website (https://www.thamesvisitormoorings.co.uk/) and set up an account so that you can register your arrival at these free (for a day) moorings, the website also contains a wealth of advice reagrding cruising the Thames. 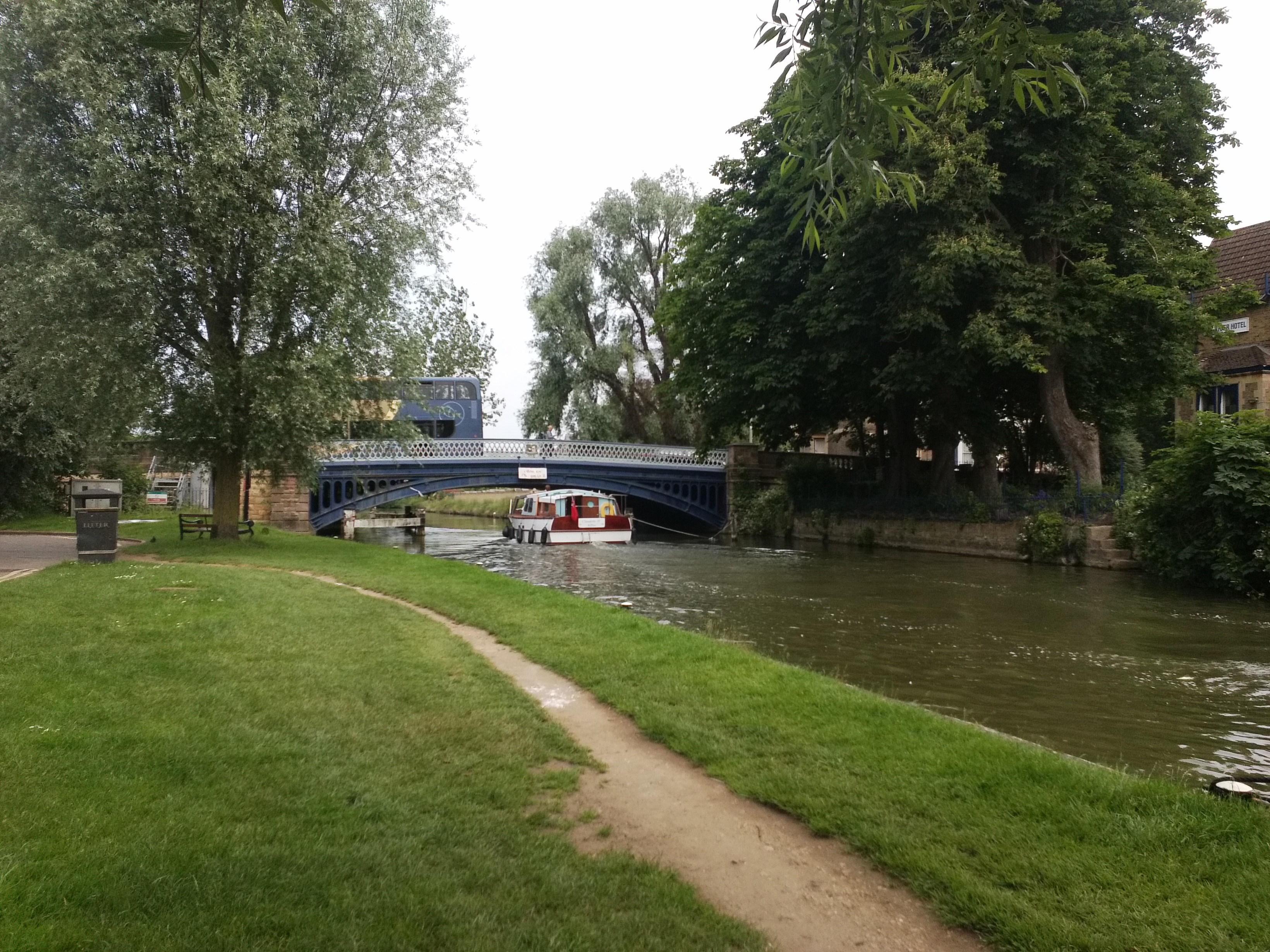 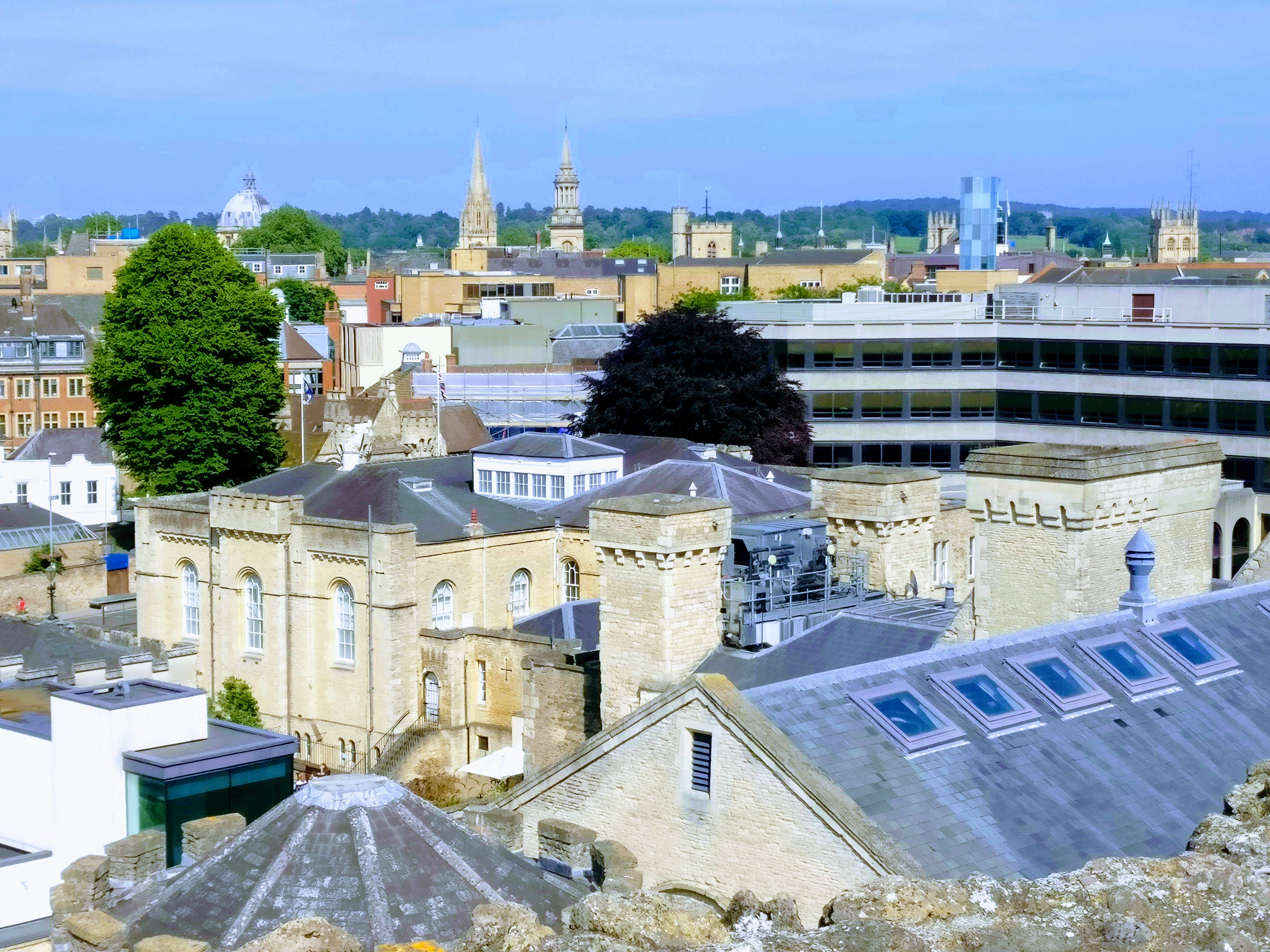 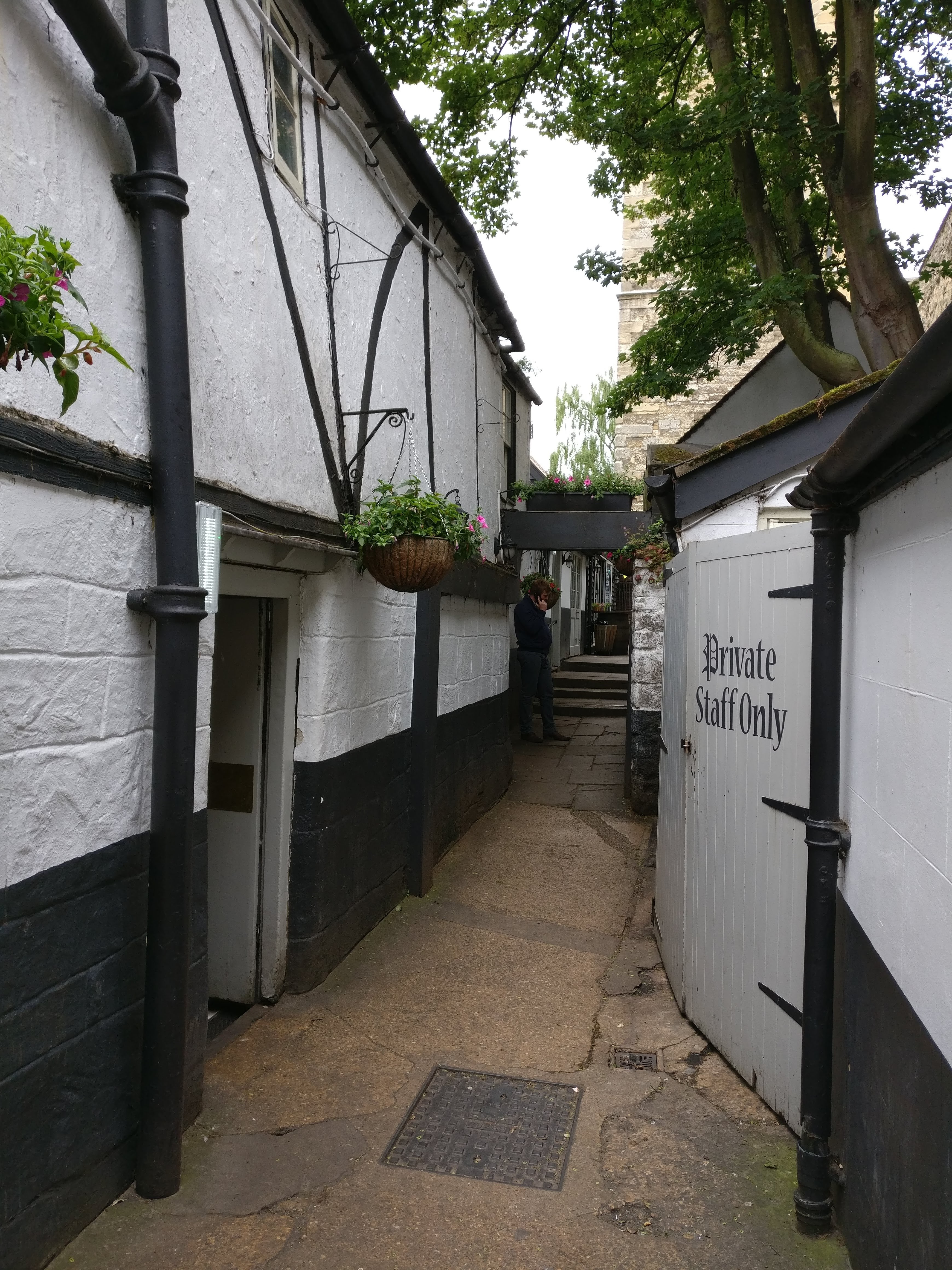 The Turf - Oldest pub in Oxford

So finally on the Thames feeling a bit twitchy after seeing the river flowing though Oxford at such speed we set off 'Down the Thames' checkout the next blog to see how we get on!